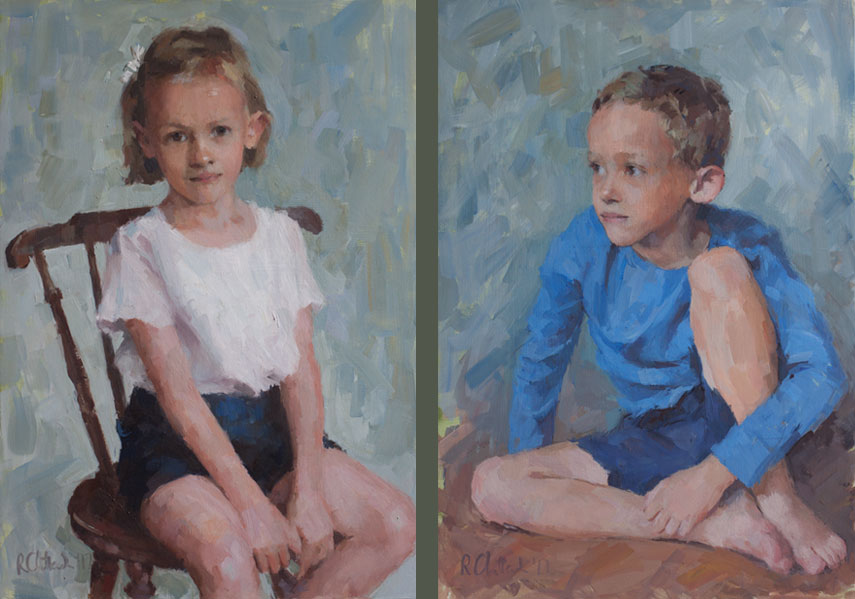 This was a fascinating commission. Two individual portraits of twins. When painting siblings, I always try and ensure that the paintings work both separately and collectively. This means choosing poses that work together so that the children aren’t all facing the same way (like sitting on a bus).

With twins, and the added closeness that this brings, these considerations are that much more important. The poses should reflect both the personality of each child and their relationship.

In this commission, the pose I chose of the girl was a very feminine one, upright on the edge of a wooden chair. 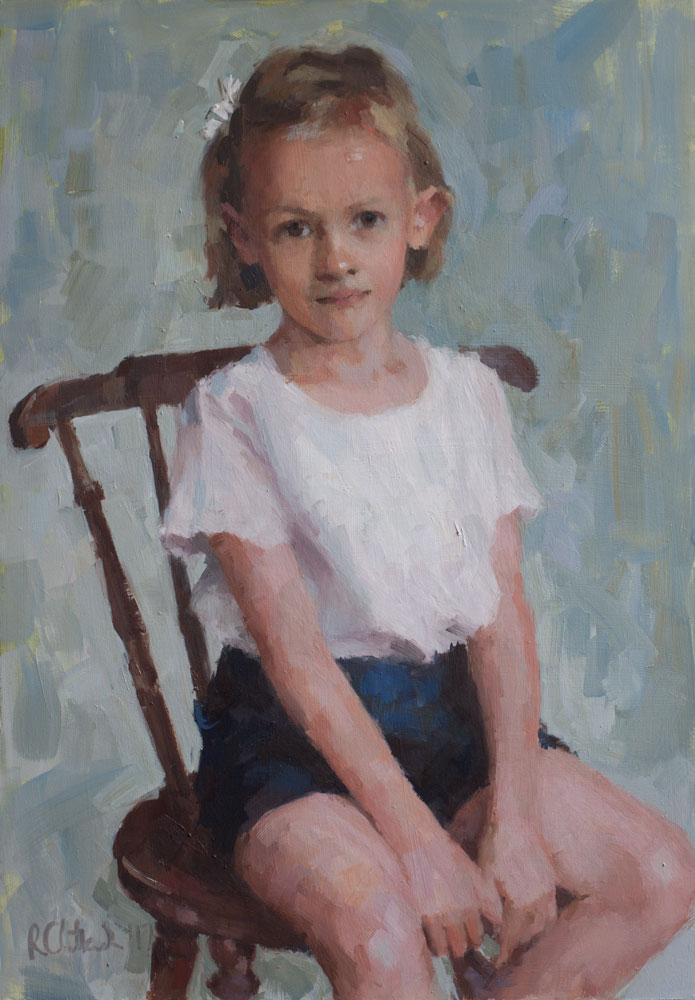 For the boy, more sporty and with a leonine energy, I went for a rather coiled pose. 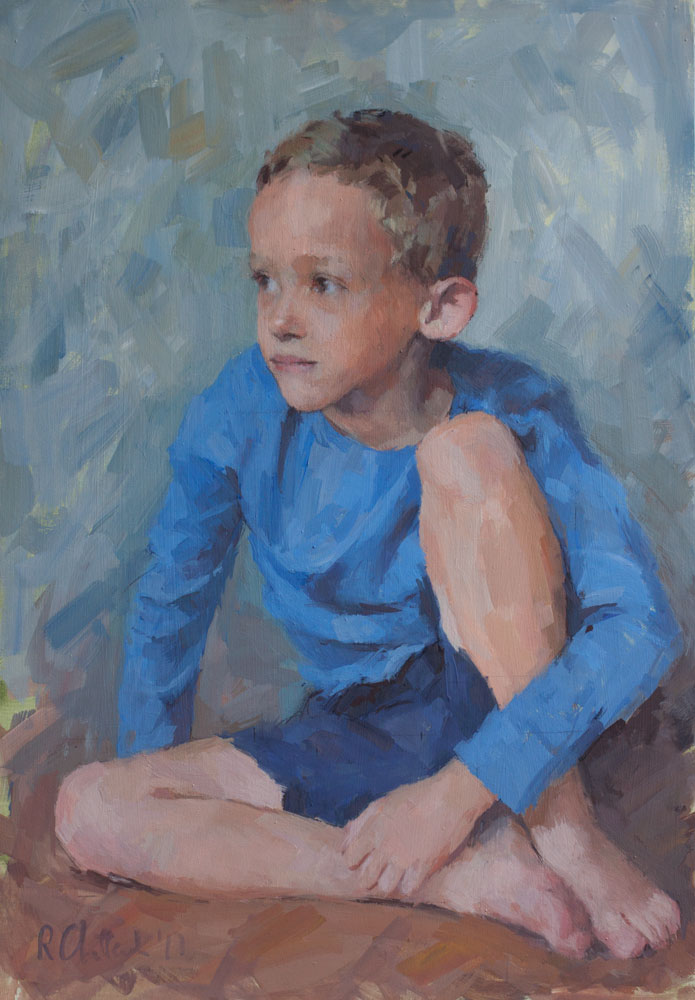 I was aware that the pose of the boy was smaller than the pose of the girl. But after some contemplation, decided to keep the boards the same size so that they worked together. I used the same head size in both, so technically speaking they should have looked the same size. However, when I put the two almost finished paintings next to each other, despite being physically the same size, optically the boy looked considerably smaller and very vulnerable. And the delicate girl looked really quite large.

Back to the drawing board. Literally! There was no alternative but to repaint the boy bigger. From scratch. Luckily, having spent months working on these paintings, I was quite familiar with the pose and his face and the repainting only took a week or so. And fortunately, I much prefer the second version.

Putting them side by side now, they look the same scale.  In fact, if he were to stand up, he would be about 9-12 inches taller than her.

Normally, I advise against a portrait of two people. Two is an awkward number compositionally as it creates a lot of negative space. But, a magical moment happened when we were in my studio just chatting, having finished all the photographs. The boy went to stand by his sister, putting his arm over the back of the chair in a protective manner, gazing out of the window, with his foot resting in an awkwardly on one of the spindles, toes slightly splayed, and his sister gazed up at him. It captured everything about the two individuals and their relationship. This very small oil sketch is the outcome of that moment. 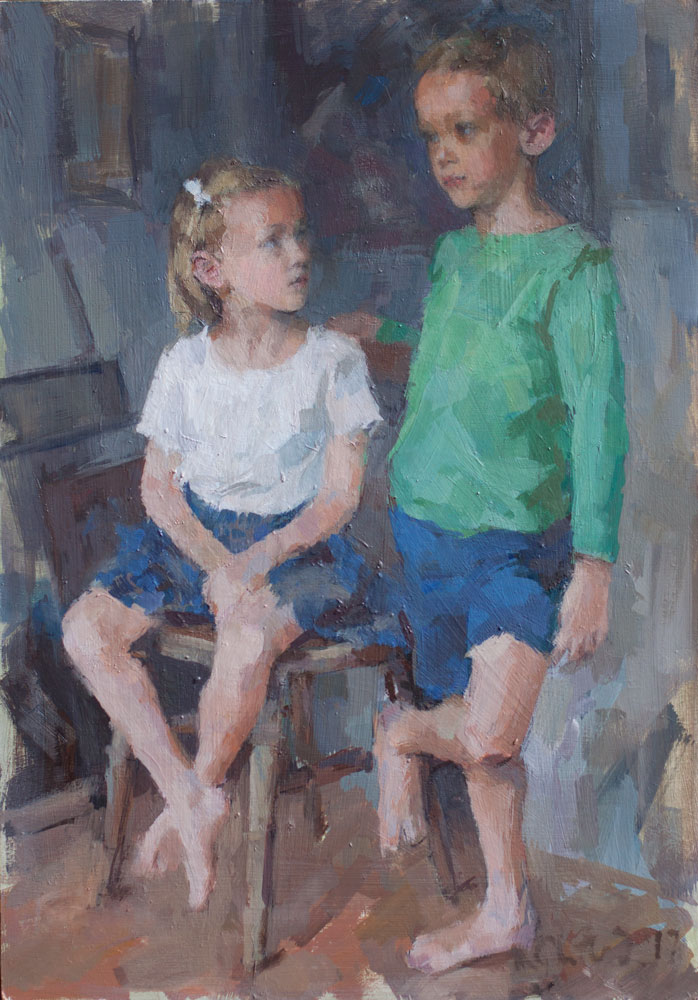