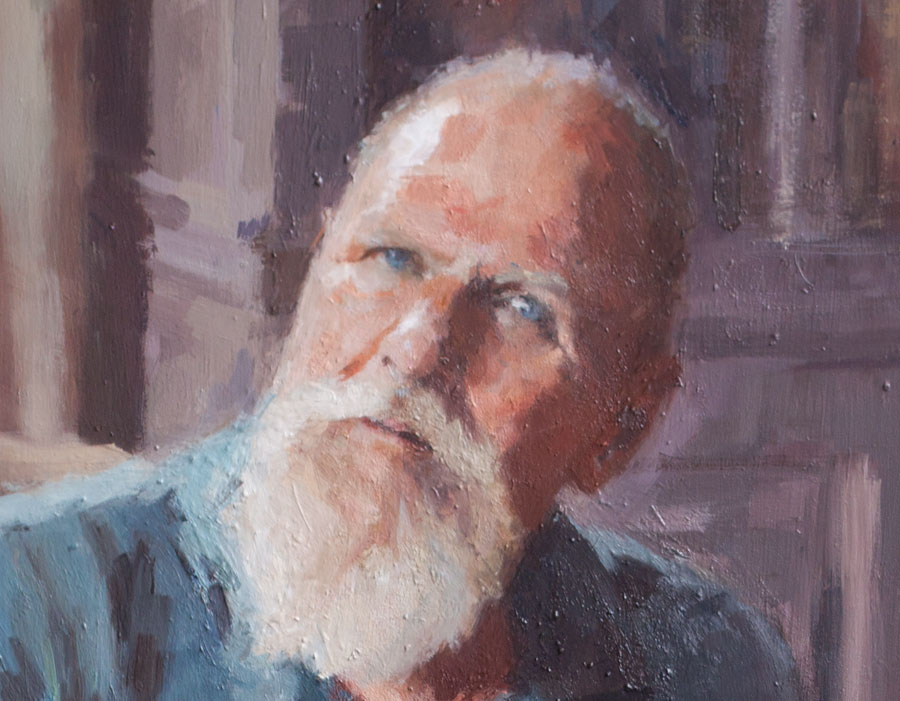 Home > What’s New? > Tony – rock manager and all round legend

I was lucky enough to meet this incredible man in the spring of 2018. Commissioned by his wife, Jane, to paint her 80 year old husband, Tony, I had done a little research before arriving at their beautiful estate in Somerset with all my kit for the sitting. Enough to realise that he was my favourite subject, an older man and with a fabulous beard to boot. And that he was quite a tour de force in the rock world. But little was I prepared for the intoxicating blend of an extraordinary, almost animal energy, that belied his years, balanced with a kindness and gentleness, and a genuine interest in those around him.

Tony had no desire to be immortalised with any reference to his success in the music industry – awards, platinum discs etc. There was not a shred of vanity involved. He would much rather have been out in the garden. This was to be a portrait of the man, not the career.

During our sitting he obligingly and patiently took endless orders from me while I leapt around the room, trying to get the right pose, the right light and the right expression, with his dog padding in and out of the room to check in on the action. All the time he was deeply involved in listening to the soundtrack of a rock musical he was currently involved in producing. Watching the way the music came alive across his face was mesmerising.

I think what I was struck by mostly, was the leonine energy of this man, counterbalanced by a depth and stillness. And this painting, I hope, captures exactly that.