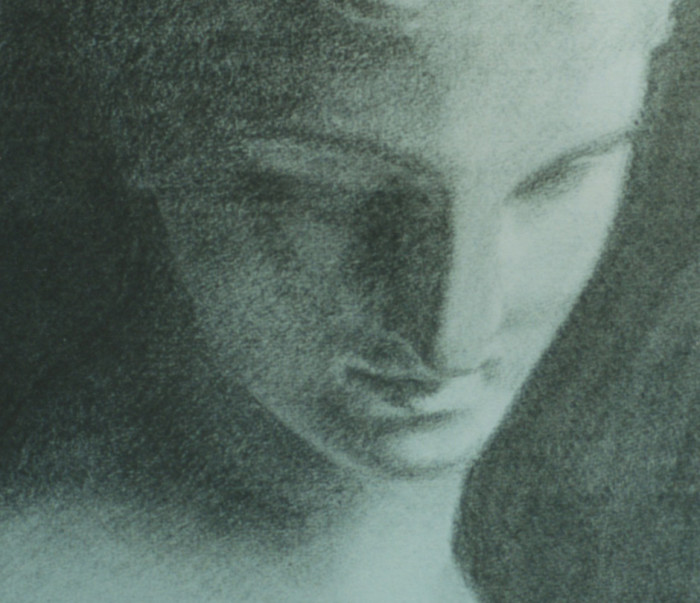 BACK TO THE DRAWING BOARD

Back in 1992, somewhat disenchanted with life in the City, I exchanged suits and meetings for Doc Marten’s and old jeans. Having my practical, marketing head on, I realised that, since I had an affinity with the figure and with portraits but was a little rusty, and that if I were to be able to make this work as a new career, it might be a good idea to go back to basics and learn how to draw.

Whilst feigning writing Contact Reports at work, I researched at some length, and found an Atelier in Florence – Charles Cecil Studios – that boasted a thorough grounding in the traditional skills of Portraiture and the Figure.  I spoke with Charles Cecil himself, and met a couple of his ex students, and the die was cast. I had just about enough cash to last me 6 months and in September 1992 I was a student again.

I realised before I went that this was a highly structured and very old-fashioned way of learning.  The Maestro was the Maestro, and we students were there to learn; not to have our own ideas.  Plenty of time for independent thinking afterwards.  I had just 6 months to complete a 2 year course.  I was going to soak it all up greedily like an enormous sponge.  It was quite the most incredible time.

WALK BEFORE YOU CAN RUN – LEARN HOW TO DRAW FIRST

The emphasis was on drawing (plaster casts in a freezing room every morning, and then a 3 week pose in the life drawing room every afternoon for 3 hours). 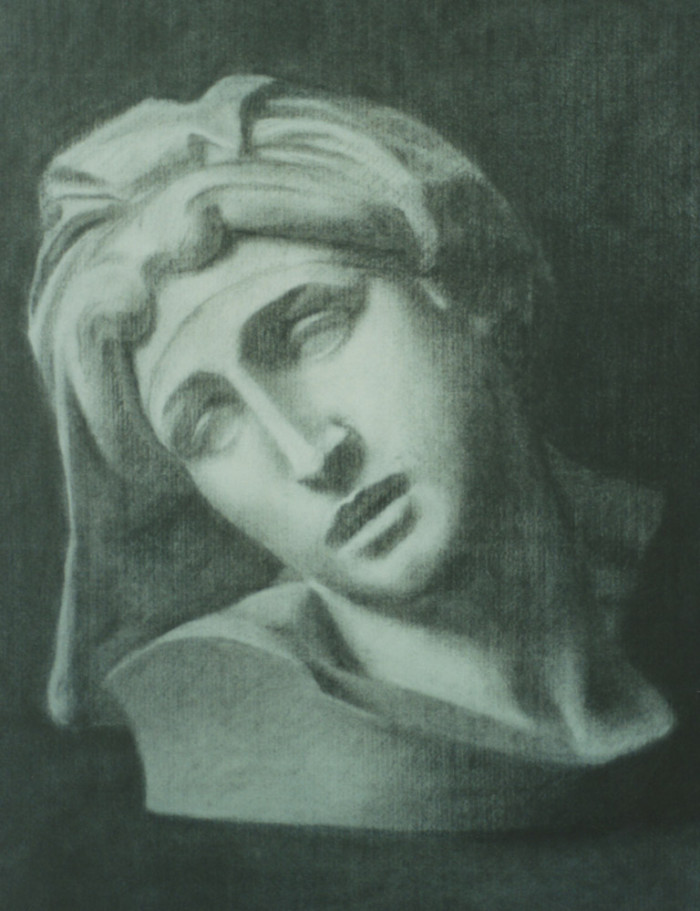 The drawings took weeks – this was a hard lesson for someone who liked to do quick, energetic drawings.

You wouldn’t believe how much detail there was in a plaster cast. Or how far it was possible to push your drawing.  And you continued to work each drawing until it was deemed finished – this was, in most cases, weeks. Once you had finished one “Greek God” you moved straight onto the next.

Sight size was the buzz word. Renaissance was the ‘study period’.  Da Vinci was God.  Sargent was a Demi-God.  Anything after Sargent was considered a dirty word. 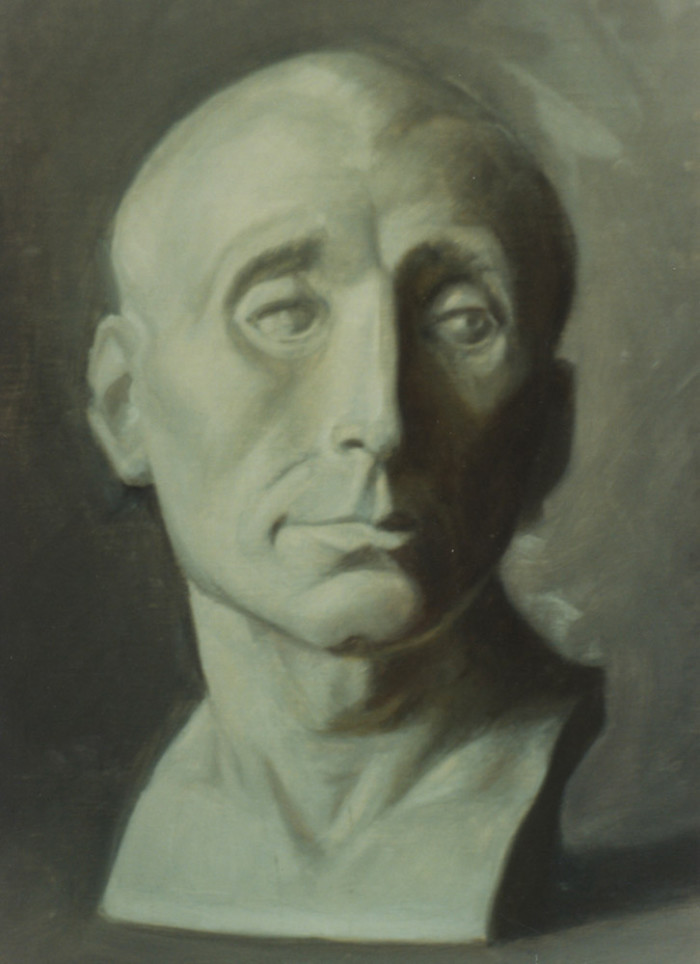 AND NOW TO COLOUR…?

Once we were considered to have learned the basics using charcoal (this could take as much as a year) we were allowed to graduate to paint. But only 4 colours – a black, a white, yellow ochre and Indian red.  From these four colours we had to create all the colours we saw in the subject.

As before, 3 hours per day in the subzero plaster cast room to the sound of chattering teeth of fellow students and watched over by the rather blank stare of the ancient heroes we spent weeks at a time examining, and then 3 hours in the tropical life room. The process was absolutely set in stone.

The next step up was to move from plaster casts to ‘the real thing’.  A head of a living person 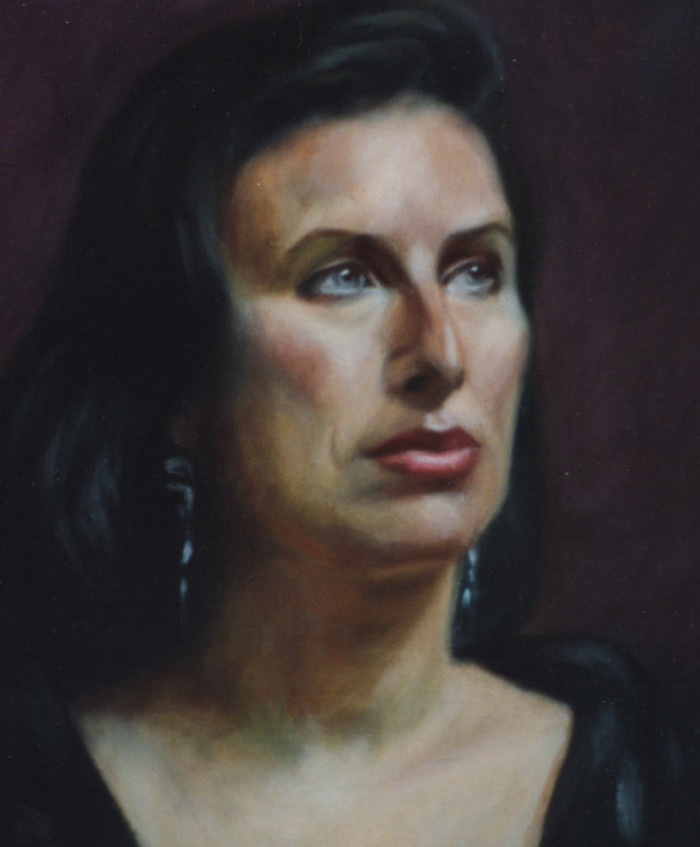 rather than of a Greek hero! Now we had hit the big time.  No more mornings with cold seeping up through the stone into our feet and inhabiting our bodies.  Now we were in the hallowed portrait studio, often working alongside the ‘Maestro’.

Added to that enormous honour, we were allowed to add a 5th colour – a warm red – vermillion. Oh, the luxury and excitement of a new colour!

ONLY USE A LIMITED PALETTE

By working from a limited 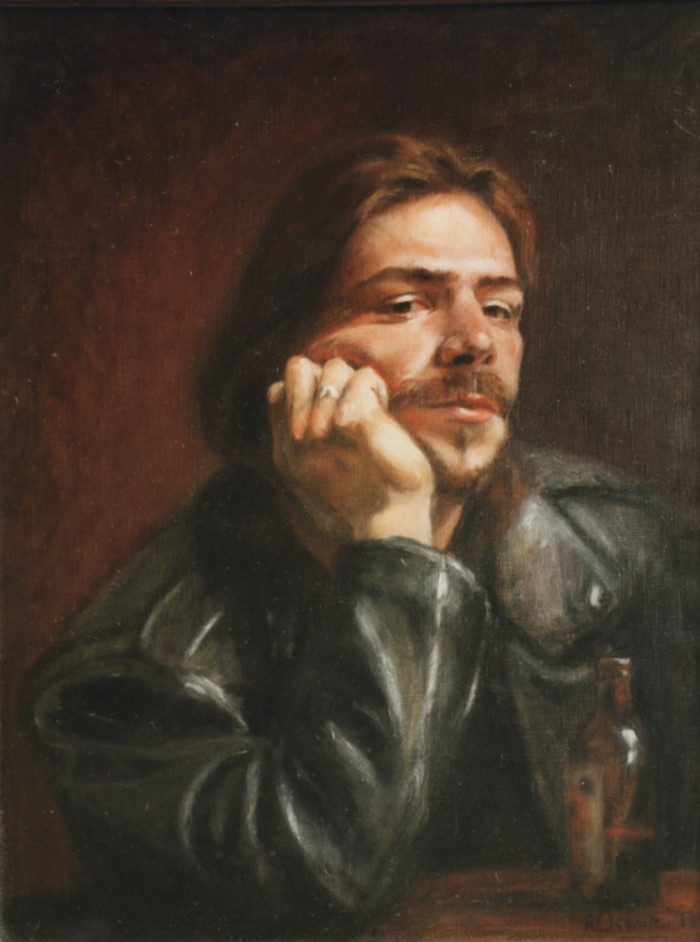 palette we learned the individual properties of each colour.  How you could make a green using black as your ‘blue’ and yellow ochre. How to create warm shadows using black and vermillion. Also, there is a certain harmony across the painting.  Each time you bring a new colour onto your palette you explore its unique qualities. It needs to earn its place.

We learned to push a drawing beyond where you thought it was possible to go. We learned to use comparative measurements. We were taught how to use mirrors to see errors. We learned how to look, how to see, and how to convert what we saw onto the paper/canvas. We learned to see colours where to the untrained eye there aren’t any. (Would you see reds and yellows in a plaster cast?) We learned to stretch canvasses, make our own size in the traditional way, make our own paints by grinding coloured pigments and linseed oil with a pestle.

Leaving 6 months later, after my crash course, I was able to take all these newly learned skills and gradually learn how to break the rules. How to choose what works for you and what doesn’t. And to add your own personality and soul.

I am glad I only stayed a while as I was still enough of a ‘rebel’ to maintain my own filters, though I do sometimes wish in hindsight that I had stayed one more term. Those who stayed the full 2 years seemed, in some instances, not to be able to function outside the strict regime and to lose their artistic personality. 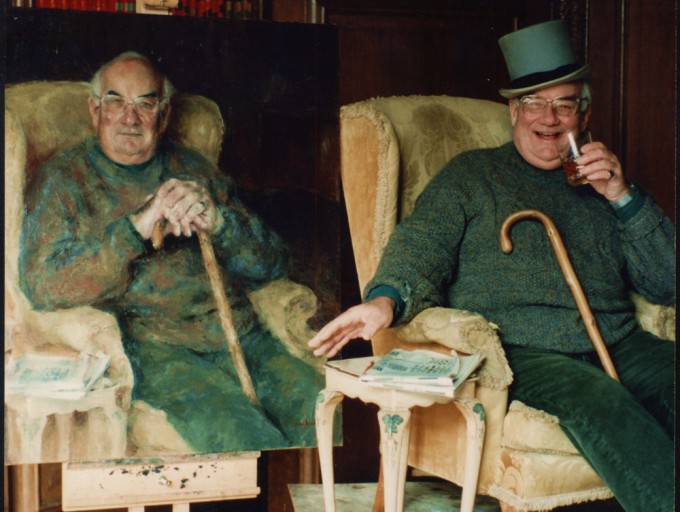 20 years later, I still use many of the things I learned there. I recommend it to anyone. It was hard work, intense, exciting, exhilarating. I have never felt more alive. I would do it again in a heartbeat, which is more than I could say about some of my artistic education.

Charles Cecil is still going strong all these years later.

As is his Atelier.

3 thoughts on “Learning How to Draw – The Old Fashioned Way”