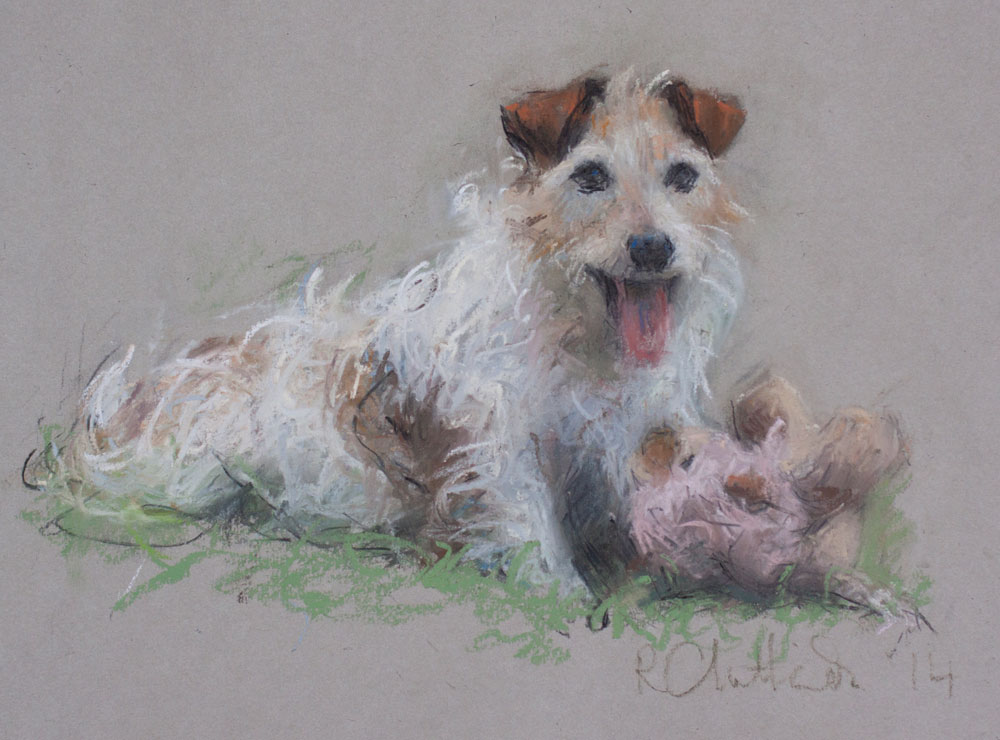 Scrappy is responsible for my having 2 Jack Russell terriers. For two reasons. Firstly, historically, I had always had big dogs. Didn’t really ‘do’ small dogs. Ankle-biting yapping things that follow big bottomed handsome women of a certain age, as far as I was concerned.  Then I met Scrappy. And within minutes I knew without any doubt at all that my next dog was indeed going to be a Jack Russell bitch. Just like her. The second reason is that my first terrier, Scrumpy, is actually her daughter. And my second terrier, Waffle, is her grandson.

Scrappy is quite simply the perfect dog. Bought by my friend Mary for her son George, it was clear, quite early on, that in fact she belonged to Mary first and foremost. Mary’s right hand dog. She goes everywhere with her. Game for anything. Shooting. A day out in the car. Pony club. Keeping Mary company while she cooks. Hopping onto her lap at the table.

Scrappy’s portrait, commissioned as a Christmas present by Mary’s husband, Richard, was a long time coming. We had discussed it at some length over the years. Mary wanted a small portrait – a pastel sketch. Something intimate that was more of a lovely drawing of a dog than a formal portrait as such. And that could be hung in her kitchen. We decided a whole body was more in keeping. But needed to have her trademark ‘happy face’.

The photographic ‘sitting’ was a very busy time. I followed Scrappy as she went mousing (one of her favourite activities), played with a tennis ball, ran around playing solo catch with a cuddly toy, went off for a walk with her ‘grownup’. There is never a dull moment in Scrappy’s life. It’s all just so much fun.

We unanimously agreed on the pose for the main picture. This seemed to sum up this bright, happy dog. Tongue hanging out from the exertion of gambolling around with the cuddly toy in her mouth and throwing it up in the air. Pausing for rest before galloping off again. The toy in question is actually a lion that used to belong to George’s older brother when he was small.

I did contemplate having little sketches around the border of the main drawing – so showing a proper day in the life of Scrappy. But it ended up detracting from the portrait, so we decided to have a selection of 5 pencil sketches mounted and framed together as a separate picture.

Scrappy has certainly left her mark on this part of Somerset. Partly through her winning ways and partly by obliging many of her doting fans with her offspring. But now, at least, she has been immortalised on paper as well. 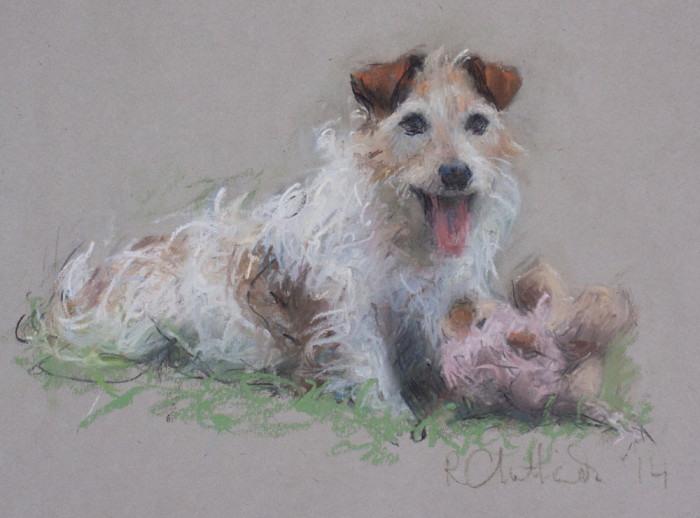 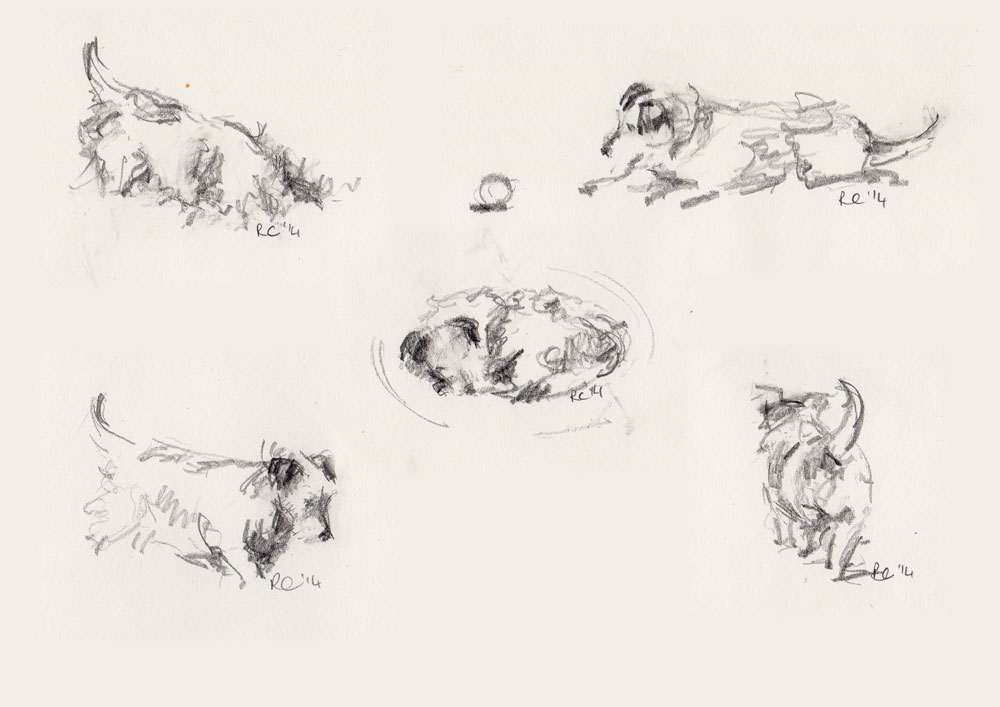